Little remained of the story which inspired Zeman’s film, Jules Verne’s famous novel Face au drapeau (Facing the Flag): perhaps only the rocky island in the middle of the ocean, the mysterious submarine and the strange world beneath the sea... And, of course, its most important aspects – the suspense, the sense of adventure, the excitement of a struggle between noble objectives and base intentions, and the spectacle of those wonderful inventions. At a time when teams of specialists would be working together to create special effects, Zeman and a friend cut grooves into a paint roller and covered all the sets and costumes with stripes resembling the hatching in the beguiling period illustrations of Verne’s novels. Even the best special-effects films soon become dated, whilst Zeman’s, whose artistic beauty, gentle gags and playful invention were created on a shoestring, are as appealing for the modern audience as they were almost sixty years ago. In its digitised version the film will look even more delightful, especially when the pretty castaway starts ironing her dress down below deck using a hot cannon ramrod. 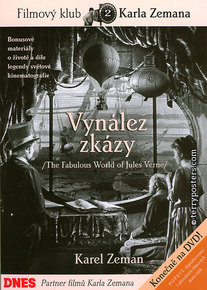 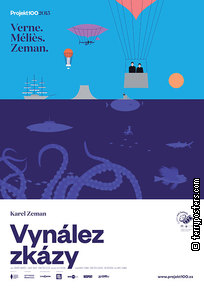