A look at the lives of the strong-willed women of the Weston family, whose paths have diverged until a family crisis brings them back to the Oklahoma house they grew up in, and to the dysfunctional woman who raised them.

All Weston´s family comes to the family native house in Oklahoma for a funeral of the father (Sam Shepard), a drunk poet who committed a suicide. His wife, cynical and lifelong conflicting Violet (Meryl Streep) almost pleased fueling disputes with their three daughters (Julia Roberts, Julianne Nicholson and Juliette Lewis). One has collapsing marriage, another hush up an affair with her cousin, the third has just got engaged and even in a funeral she is not able to talk about anything else than the upcoming wedding, while to everyone except her is clear that her fiance (Dermot Mulroney) is a slimy bastard. 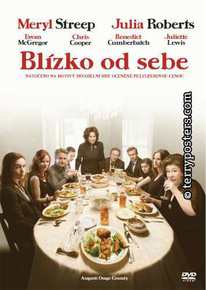