There Will Be Blood 0+

The film takes place in California at the turn of the century, in the times of the oil boom. The story documents the rise of Daniel Plainview (Daniel Day-Lewis), a single father, who starts as a poor miner in silver mines and ends up as a oil baron. When Plainview receives a mysterious wink that to the west there is a little city with an ocean of oil springing up from the ground, he sets off with his son H.W. (Dillon Freasier) to try his luck in the dusty streets of Little Boston. Although things are getting better, they find it impossible to avoid conflicts, corruption and oil related deceits, which threaten to ruin the most basic values - love, hope, companionship, faith, ambition and even the bonds between the father and the son. 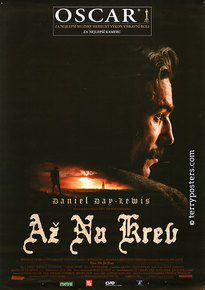