Set in an ordinary German village on the eve of World War I, the film looks at the children who would survive that war and grow into the generation that would bend to Hitler's sway. The story of the children and teenagers of a choir run by the village schoolteacher, and their families: the baron, the steward, the pastor, the doctor, the midwife, the tenant farmers. Strange accidents occur and gradually take on the character of a punishment ritual. Who is behind it all?

Shot in black and white, which serves as both a statement and a style, Germany's foreign language Oscar entry has rightfully been collecting critical acclaim since it took the top prize at the Cannes Film Festival in May. 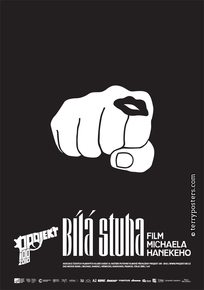