The hero Robert Bogerud (Svein Andre Hofsø) operates a one-man private detective agency, but he never got any real case. All potential customers always disappear when Robert takes off his detective hat. No one believes that this young man, afflicted with Down's syndrome, could achieve something in the detective industry. Even his father, who is a real police detective, refuses to admit this. Finally Robert manages to get the first case. Legendary skater Olav Starr mysteriously disappeared. A family chooses Robert to find their relative. They needs as much as possible incompetent detective just to calm down their senile grandmother. For such a task Robert seems like the perfect guy. But when he demonstrates them his method of investigation, everybody is surprised a lot. Robert has its own method, he puts himself in the missing Olav and continues his life from the moment he got lost.  Robert finds that Olav was exposed to a lack of love in his family and that he became a swindler with serious alcohol problems, who also sold a vacuum pump to improve erection and cream for breast enlargement to his customers. The more bizarre proportions Robert's  searching for Olav gets, the more it shows that he is not as silly as it might seem. 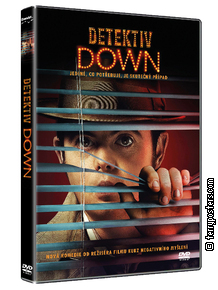