A builder who loved to destroy. A timid eccentric, a cold-blooded alarmist, an ascetic hedonist, and a benevolent usurper. An inventor of life. If he came across tasteless pictures or the outer casings of heaters, he would throw them out the window. “I am disinfecting the place,” he would declare. He would never stop dismantling and demolishing until he got what he wanted. Walls and objects would cease to exist, a captured light would be all that was left. The life of a man who never gave in to anybody or anything, and was admired as well as beaten for it. Is it possible to freely explore and at the same time survive in the world of financiers, and have to accept small-town ideas of living? Can one stick to one’s precision and purity without liquidating oneself and one’s surroundings? Is it possible to live with a visionary? What is the price of living without compromise? Collage as method, fragments of memory, the quest for identity, the “ich” form. A feature-length documentary about the life and death of radical architect David Kopecký. 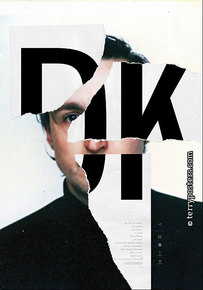