Bogdanski Dolina, a small town lost somewhere in the Eastern Carpathians, was once attacked by a horde of strange marauders who, so it seems, settled here for good. They imposed a certain order which is comprehensible only to themselves, as is the purpose of their bizarre clothing. The town is now in decline and is slowly turning into a scrap heap; human relationships are similarly marked, exposed to inscrutable fluctuation. The film clearly belongs to the line of modern Hungarian cinematography which seeks socio-critical parables and is typical for its eloquent formal stylisation and expressive visual composition. The character of the stranger is plainly allegorical, whose arrival exposes and heightens the manifestations of aggression, manipulation and pretence characteristic of both the ruling and the subjugated classes. Given the universal stagnation spawned by infinite despotism, it seems there is no room left for hope... (source: catalogue Karlovy Vary IFF) 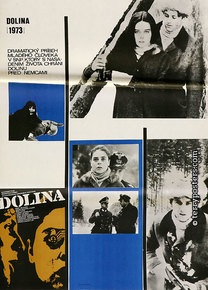