I Guess We'll Meet at the Eurocamp 0+

This film is a tragical comedy from a Czech village, which doesn’t have a pub. On the outskirts of the village lies a recreational centre called Eurocamp. It is a poor substitute as global substitutes usually are. The locals who devide themselves between firemen, the Sokols and gamekeepers don’t have a place where they could organize their “round-table discussions”. It is a question whether this is the reason why they don’t communicate among themselves. The Prague based documentarist Erika Hnikova (The Beauty Exchange - 2004) arrived to capture and solve this situation. A similar study of such a place is a part of the projection. It is a students’ film Four Steps Two-half. 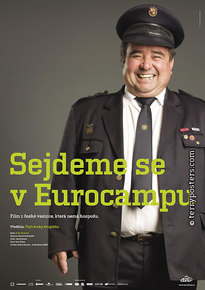