I, Olga Hepnarová tells the story of a young woman who, in 1973, sat behind the wheel of a truck and ran down 8 people in the center of Prague. For Olga, it was an act of revenge against society which, in her eyes, had harmed her greatly. Executed in 1975, she was the last woman to be put to death in Czechoslovakia. This is the existential drama of Olga Hepnarová, a tale of a solitary individual defying the majority, a story culminating in tragedy and lacking both a winner and a loser. Somewhat detached, the film offers a look at a traumatic life and the heroine’s deed without leaning emotively in Olga Hepnarová’s favor. It is a drama of all those in Olga’s vicinity and attempts to uncover the cause of her terrible, aggressive action. 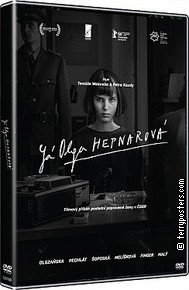