It would seem that the Austrians have a special penchant for the basements beneath their houses – a phenomenon best known owing to the infamous Fritzl case. Ulrich Seidl’s documentary, however, views cellars as a part of everyday life. Alternative existences of the common people are often captured by the camera in static shots, like a bizarre tableau vivant, with the Austrian film-maker applying his sense for slightly aberrant aesthetics of triviality, vulgar taste, as well as obscure rituals. In the Basement thus organically fits within the line of Seidl’s creations, which has been masterfully launched by his recent Paradise trilogy. 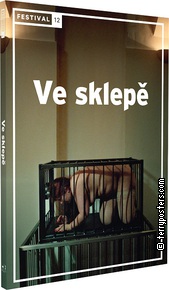