Terry Gilliam wanted to shoot a film on Brothers Grimm – a film which would be inspired by their joyful, scary and infinitely convincing stories. But at the end he thought of a fiction story for his characters. On their journeys through villages, collecting mysterious curses against black magic they themselves will become heroes facing these baits. The film was shot in the Czech Republic. 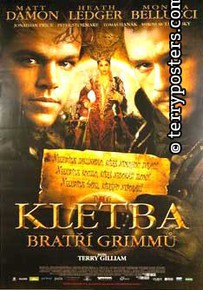