The film portrays the race against time by Alan Turing and his team of code-breakers at Britain's top-secret Government Code and Cypher School at Bletchley Park, during the darkest days of World War II. The motley group of scholars, mathematicians, linguists, chess champions and intelligence officers had a powerful ally in Prime Minister Winston Churchill who authorized the provision of any resource they required. The film spans the key periods of Turing's life: his unhappy teenage years at boarding school; the triumph of his secret wartime work on the revolutionary electro-mechanical bombe that was capable of breaking 3,000 Enigma-generated naval codes a day; and the tragedy of his post-war decline following his conviction for gross indecency, a criminal offence stemming from his admission of maintaining a homosexual relationship. 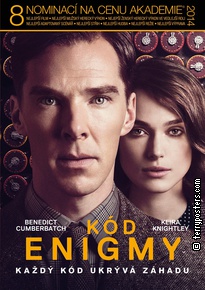