Roger is a man who apparently has it all: he is a successful headhunter, he is married to the incredibly beautiful gallery owner Diana and has a far-too-expensive villa. But to keep his head above water financially he is also an accomplished art thief. Clas Greve is the perfect candidate as Roger’s next target: not only is he a top executive in the electronic business, but he also possesses a valuable painting. Roger sees there a chance to get rid of his financial worries. But it turns out that Greve is playing games of his own, and when Roger breaks into his house, he finds something that changes him completely and forces him to run for his life. 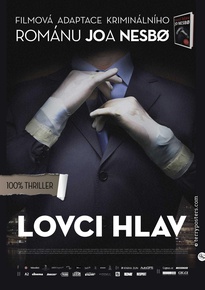