“All of my operas have dealt on deep psychological levels with our American mythology,” says composer John Adams, who conducts the Met premiere of his most famous opera. “The meeting of Nixon and Mao is a mythological moment in world history, particularly American history.” Acclaimed director and longtime Adams collaborator Peter Sellars makes his Met debut with this groundbreaking 1987 work, an exploration of the human truths beyond the headlines surrounding President Nixon’s 1972 encounter with Communist China. Baritone James Maddalena stars in the title role.

In February 1972, Nixon traveled to China for talks with Chinese leaders Chairman Mao Tse-tung and Premier Chau En-lai. Nixon's trip was the first high-level contact between the United States and the People's Republic of China in more than twenty years, and it ushered in a new era of relations between Washington and Beijing.

“The meeting of Nixon and Mao is a mythological moment in world history, particularly American history,” says Pulitzer Prize-winning composer, John Adams, whose groundbreaking opera Nixon in China was inspired by this important moment in diplomatic relations.

Nixon in China was conceived by John Adams and director Peter Sellars and with a libretto by Alice Goodman. It had its world premiere in Houston in 1987 and at once redefined the possibilities of the art of opera.

The opera will have its Met premiere on February 2, 2011, with Sellars making his Met debut directing. The composer will be on the podium to conduct. James Maddalena, who sang the role of Richard Nixon at the world premiere, brings his acclaimed interpretation to the Met. Sellars’s creative team includes set designer Adrianne Lobel, costume designer Dunya Ramicova, lighting designer James F. Ingalls, choreographer Mark Morris, and sound designer Mark Grey.

John Adams is one of America’s most admired and respected composers. His works, both operatic and symphonic, stand out among contemporary classical compositions for their depth of expression, brilliance of sound, and the humanist nature of their themes. Over the past 25 years, Adams’s work has helped shift contemporary music away from modernism and toward a more expansive, expressive language.

Born and raised in New England, Adams learned the clarinet from his father and played in marching bands and community orchestras during his formative years. He began composing at age ten and heard his first orchestral pieces performed while still a teenager. The intellectual and artistic traditions of New England, including his studies at Harvard University and attendance at Boston Symphony Orchestra concerts, helped shape him as an artist and thinker. After earning two degrees from Harvard, he moved to Northern California in 1971 and has since lived in the San Francisco Bay area. Peter Sellars makes his Met debut with this groundbreaking work. He has directed more than 100 productions, large and small, across the United States and abroad. A graduate of Harvard University, Sellars studied in Japan, China and India before becoming Artistic Director of the Boston Shakespeare Company. At 26, he was named Director of the American National Theater at the Kennedy Center in Washington, D.C.; and he is a recipient of both the MacArthur Prize Fellowship and the Erasmus Prize from the Dutch Royal Palace for contributions to European culture. Sellars has specialized in 20th-century operas. In addition to his work with John Adams on the premiere of Nixon in China and The Death of Klinghoffer, he also directed Olivier Messiaen's Saint Francois d'Assise, Paul Hindemith's Mathis der Maler, Gyorgy Ligeti's Le Grand Macabre, and Stravinsky's The Rake's Progress. 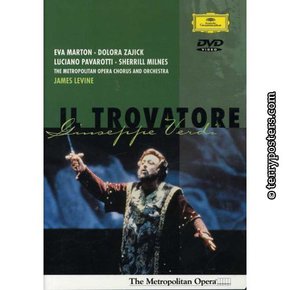 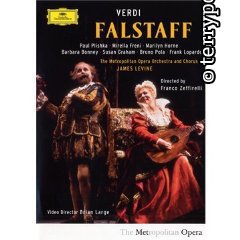 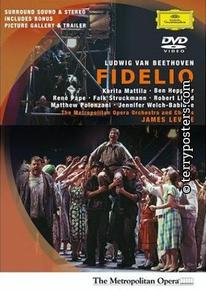 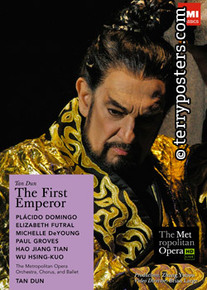