Robust Jomar was once a successful athlete, but he shut himself off from the rest of the world after suffering a mental breakdown. The film, which its creators characterize as “an anti-depressive off-road movie,” uses gentle humor to portray Jomar’s journey to see a son whom he has never met. Along the way, he meets other individuals who are just as confused and lonely as he: a girl who lives alone with her grandmother in the middle of nowhere, a young excavator driver who is terrified of gays (but has invented a wonderful recipe for a guaranteed cheap drunk using tampons), and an old man humbly waiting for a dignified departure. Each new encounter gives Jomar the strength to carry on, and to face, as he nears the end of his journey, the things in life he fled from. Director Rune Denstad Langlo, a rising star of Scandinavian cinema, bets on a string of original jokes in combination with a certain melancholy and the beauty of the snowy arctic landscape. Another prime asset is Anders Baasmo Christiansen’s excellent performance as the hapless Jomar. 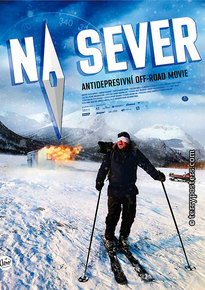