American counterespionage makes up a non-existent spy. Secret agencies identify this agent as the advertisement specialist Roger Thornhill (Cary Grant), who is thus as a shill placed in the midst of impenetrable game of the agents. Thornhill attempting to clarify the whole affair does only very narrowly escape his own death – an airplane attack in the middle of a wasteland initiated by the enemy agent Phillip Vandamm. – Hitchcock brilliantly keeps the audiences in a state of constant insecurity, again playing out his favourite theme of identity loss. 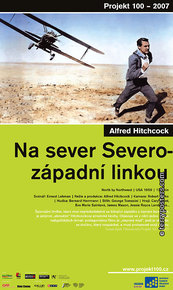