Nosferatu, a Symphony of Horror 0+

The oldest surviving version of Dracula, it was an unauthorized production of Bram Stoker's work. Stoker’s estate didn't permission, so the character names had to be changed. But this wasn't enough: Stoker’s widow won two lawsuits (1924 and 1929) in which she demanded the destruction prints of the film. Fortunately, copies of it were already too widespread to destroy them all. Later, Universal studios broke her resistance against this movie. Count Orlok's (Dracula in the novel) move to Wisburg (obviously, the real town of "Wismar") brings the plague. People begin to die mysteriously, and the Count becomes obsessed with the wife of the Realtor Thomas Hutter (Jonathan Harker). It is his obsession with Hutter's wife, Ellen (Mina) the only one with the power to end the evil, that brings him to his downfall. 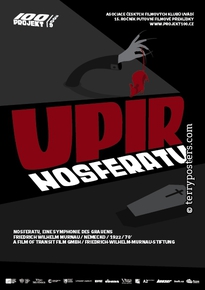