In 2006 two Czech electricians, Milan and Tomáš, set off for the Zambian village of Mupande. Exploiting a “higher level of African improvisation” they managed to provide electric power to the local school, clinic and several homes, and brought the villagers out of their equatorial darkness. Five years later they return to the site of their worthy deed and discover to their dismay that their ingeniously constructed system is in ruins. With considerable effort and to the sound of numerous expletives from temperamental Tomáš, they set to work repairing the damage caused by the villagers’ clumsy interventions. The latest film written and directed by successful Czech documentarist Martin Mareček presents a tightly structured, exemplary study of the various drawbacks of providing aid to developing countries, which include the frequent hazards of “redemption.” Without a hint of judgement but with traces of humour, it also wonderfully illustrates the disparities of culture, thought and behaviour between Africans and Europeans.

The film won Audience Award and Award for the best Czech documentary of 2011 at section the Czech joy (Česká radost) competition at this year's Jihlava International Documentary Film Festival!

*The screening in Kino Světozor on jun 8, 2012, will be held with personel presence of author of the film Martin Mareček. * 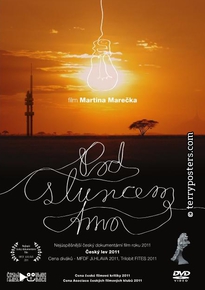