Czechoslovakia, 1982. The totalitarian regime seems interminable and imperishable. Antonín, a member of the secret police, uneasy, tyrannical, perhaps even psychopathic, is percolating with unvoiced anger and desperation. Bored with everything, he aims his demons at a seemingly clear but in fact unattainable target – a young woman named Klára. It is not love, not passion but a burning desire for the illusion of escape from the clutches of drabness and boredom. Antonín’s absurd attempt to win Klára over pits him against not only the regime’s traditional enemies but also his own people and the system itself. When he breaks the rules of the organization he serves, it is neither a civic gesture nor a political one. It is rebellion, purely personal and wholly savage. 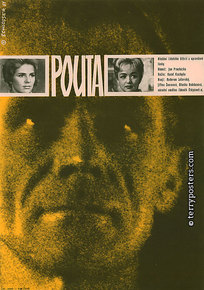