The English civil war in the 1640s has divided the land between the supporters of Parliament under Oliver Cromwell (the Roundheads) and the Royalists faithful to the Stuart monarchy (the Cavaliers). King Charles has been beheaded and Queen Enrichetta (Henrietta) has escaped in disguise.

ACT I. Scene 1. Plymouth, a Puritan stronghold, is threatened by siege from the Royalist troops. Distant voices herald the wedding day of Elvira, daughter of Gualtiero (Lord Walton), the fortress’s commander. Riccardo (Sir Richard Forth) enters lamenting that his promised bride, Elvira, loves another man—a Stuart partisan (“Ah, per sempre, io ti perdei”). Her father will not force her to marry against her will, it seems, so Riccardo’s friend Sir Bruno urges him to devote his life to leading the Parliamentary forces.

Scene 2. Elvira tells her uncle, Giorgio (Sir George Walton), that she would rather die than marry Riccardo (“Sai come arde”). Her uncle reassures her that he has persuaded her father to let her marry her lover, Arturo (Lord Arthur Talbot). Although Arturo is a Royalist, he is heralded as he approaches the castle (“A quel suono”).

Scene 3. Everyone gathers for the wedding celebration and Arturo greets his bride (“A te, o cara”). He learns that King Charles’s widow, Queen Enrichetta, is a prisoner in the castle and soon to be taken to trial in London. Alone with the queen, Arturo offers to save her even if it means his death. Elvira returns with the bridal veil (“Son vergin vezzosa”); she capriciously places the veil over Enrichetta’s head. When he is alone again with the queen, Arturo explains that the veil will provide the perfect disguise for escape from the castle. As they are about to leave, Riccardo stops them, determined to kill his rival. Enrichetta separates them and reveals her identity. Riccardo lets them flee, knowing this will ruin Arturo. The others return for the wedding, and Riccardo tells of Arturo’s escape with Enrichetta. Soldiers rush off in pursuit. Elvira, believing herself betrayed, is beset by madness.

ACT II. The townsfolk mourn Elvira’s mental breakdown. Her uncle, Giorgio, explains that she continues to long for Arturo. Riccardo arrives to announce that Arturo has been condemned to death by Parliament. The Puritans depart.

Elvira wanders in, reliving her happy past (“Qui la voce”). In her madness, she mistakes Riccardo for Arturo and dreams of her wedding (“Vien, diletto”). When she leaves, Giorgio tries to convince Riccardo to save Arturo. At first indignant, Riccardo is finally moved to help Elvira, and the two men unite in patriotism: if Arturo returns as a friend, he shall live—if as an armed enemy, he shall die (“Suoni la tromba”).

ACT III. In Elvira’s garden, Arturo reveals that love for her has brought him back to Plymouth. He overhears her sing their old love song (“A una fonte afflitto”) and is torn between his love and his loyalty to the Stuarts. Elvira herself appears and Arturo reassures her that she is his only love (“Vieni fra questa braccia”). Soldiers rush in to arrest Arturo. Just then, a diplomat arrives with the news of the Royalists’ final defeat and a general amnesty for all the offenders. The shock of this news restores Elvira’s senses (“Sento, o mio bell’angelo”), and all rejoice in the peace as Elvira and Arturo embrace in their new happiness. 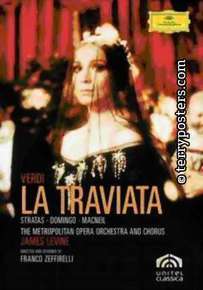 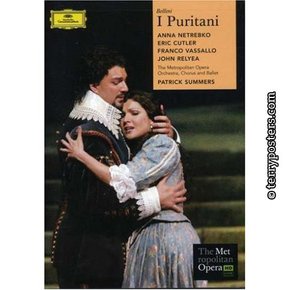 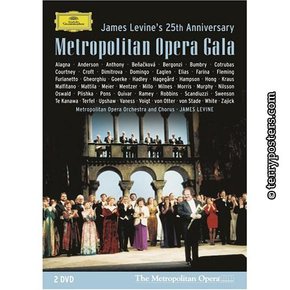