Revival tells the story of four musicians whose rock band SMOKE broke up under uncertain circumstances in 1972 and who, each for their own reasons, decide to attempt a spectacular comeback. The reasons vary. But whatever the original motives they had, these aging men start playing together again and as they start enjoying the music, their friendship and life on stage and behind the scenes, their plans and ambitions also change. And they themselves also ultimately change. One great secret is also finally revealed - why the band actually broke up in 1972. 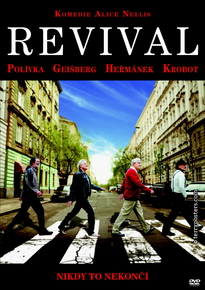