Jim Jarmusch’s fourth feature is an episodic film consisting of separate stories, each with its own title, and each concerning its own central characters. In its own American way, the film pays homage to Italian and Japanese cultures. The three stories, titled Far from Yokohama, A Ghost, and Lost in Space, do not intercut with one another, but each takes place on the same night, in the same city, and each finds its conclusion in the same location (a run-down hotel in Memphis, Tennessee). Although the stories are separate entities, they do interrelate in humorous ways that are revealed gradually, as the film as a whole unfolds. 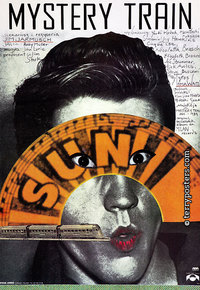