A one night stand after a random meeting in a bar just before closing time grows into an intense weekend together for two young men. With a limited amount of time on their hands, they spend it in bed and in bars, telling stories, exploring the boundaries of intimacy and their understanding of attraction, relationships, sex and love. They are trying to capture that intangible magical moment of the unexpected romance that takes place in a cynical reality – a romance that will have to come to an end with the weekend. This independent, intimate British film has become a hit at the festival circuit and, in an unusual agreement, the favorite of both critics and audiences alike. Confirming this reputation at the previous edition of Mezipatra Queer Film Festival, Andrew Haigh's movie was awarded the Special Jury Mention and by landslide won the Audience Award. For those of you who have missed this unique love story, and for those who would love to relive it, Russell and Glen are meeting again for a Weekend to remember forever. 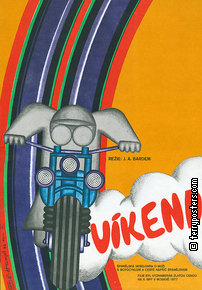