Black comedy short stories produced by Pedro Almodóvar in czech exclusive preview on the occasion of the opening ceremony of the academic year 2014/2015. University Scala Cinema at the same time reminds its first birthday.

Tickets for both exclusive screenings will be released on September 22 at 17:00 p.m. 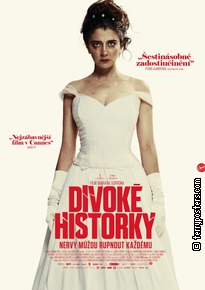